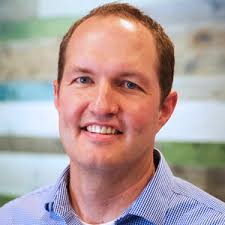 Brian Zurcher, vp of client success at Consensus, a sales enablement software company with a specialization in Buyer Enablement, had a dilemma. He loved his job, but he wanted to move to a new city that was a four-hour drive from the company’s headquarters. At the time, the company that develops software that accelerates B2B sales through demo automation didn’t have a remote working policy. Brian took a chance and asked his boss if he could move and keep his job.

CEO Garin Hess said yes under one condition. He had to prove that he could be just as effective working from home as when he came to the office every day.

Making the Moving to Remote

As it turned out, he was even more effective than when he was in the office. Brian attributed it to being able to have more focused time without the typical office interruptions. His experience was so profound, the company decided to give all employees the option of working one day a week at home. That worked so well, the company added another day to the policy. And finally, the company flipped the script entirely having people work from home four days a week and coming together just one.

They not only saved $16,000 a month in rent, they increased overall productivity and opened themselves up to a wider field of job candidates. They have since added team members in other parts of the United States such as Texas, San Francisco and in other countries such as Mexico, and Belarus.

“We field concerns from company stakeholders because we’re bucking the tradition of having to work in an office and people who haven’t tried it think that it’s impossible to get as much done,” Hess said. “But the opposite is true.”

Throughout the process, the company set up key performance indicators to measure how things were going.

“We wanted to know whether things were going well and whether adjustments were needed,” explained Geoff Beckstrom, vp of operations.

In some cases, like sales or the development team, defining the KPIs was easy. The measurements were clearly dictated by the role.

“In the areas where it’s not so obvious, you have to sit down and analyze the core activity that drives your day and come up with a KPI that is measurable form a numerical standpoint,” Beckstrom said.

As the policy evolved, the KPIs went up significantly.

“Part of that was selection,” Beckstrom said. The employees who wanted to move to a remote situation were motivated to work a little more.”

But another part was that roles and expectations were more clearly defined in the process of developing the KPIs.

Consensus was able to rent its office space and move out. Employees who live in the area still come together one day a week, but they meet in various locations. Those far away join through video conferencing.

By transition into remote work over time, the company was better able to address problems and prepare for any concerns. It was crucial to ensure that everyone had the equipment they needed, office space in their homes and WIFI.

What it Takes to Be Successful with Remote Work

The company has also developed systems to build teams and worker engagement.

For instance, Beckstrom starts at 7 a.m. and has a check in with his Minsk team, which is wrapping up for the day. Then, he checks in with the North American team that is just getting started.

The meetings may be as short as two minutes. He wants to know if anyone has a blocker or urgent issue that needs to be addressed. Beyond checking in, these calls allow for some office banter, which is important in helping a team gel.

Being set up as a remote company has helped with hiring because it allows access to a greater field of candidates. At the same time, candidates need to be evaluated for their ability to work on their own with little supervision.

In order to set up a successful remote work situation, a company has to have a plan, Beckstrom said.
“You have to make sure there is alignment from the top down and you have to put the work into having distinct goals with measurements, so you know what is working.”