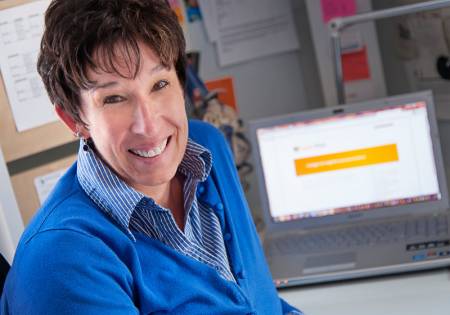 After working for months on a global learning university with a virtual team spread across the globe, Mari Anne Snow came to work on the day of the roll out anticipating a successful launch. Instead, she was greeted by an angry boss upset from a furious phone call from a team member. There would be no roll out that day.

It turned out that the team member hadn’t been doing the work that she claimed. Things weren’t ready.

“It was a painful way to learn an important lesson,” said Mari Anne, who founded Sophaya Inc. to provide training for remote teams and their leaders. “Here is what I learned: Trust but verify.”

Remote team leaders need to let workers manage their time and resources, but they should also understand what they’re asking people to do and create accountability points to ensure that the work is getting done, she said.

“A new remote boss is often either too suspicious or too trusting,” according to Mari Anne. “Most people are honest and want to work hard, so let them but have enough accountability to make sure things are getting done.”

Being effective when your team isn’t in the same office requires a combination of strong leadership skills and an understanding of how to direct people from a distance, she said.

Building a Remote Training Coming with a Remote Team

When she launched Sophaya, Mari Anne put the programs she was developing into practice and built a remote workforce.

“It has enabled me to find the best people regardless of where they’re located,” she said. “It also gives us greater reach.”

When the Rhode Island-based company wanted to bid on government contracts, for instance, a team member in Virginia was able to easily do the necessary in-person leg work in Washington D.C.

Keeping a Remote Team on Track

The key to effectively managing a remote team is to letting people do their work while maintaining open lines of communication, Mari Anne said.

“If you are a micromanager, you are going to be a lousy virtual team leader. You need to look for people who can function with a high degree of autonomy and who don’t need a lot of handholding,” she explained.

To stay in touch with team members, Mari Anne uses a variety of channels including calls, video conferencing, emails and texts. And every now and then, she sends a letter or package to shake things up. The conversations are generally about work and what needs to get done, but she takes the time to ask about other things.

“When you’re working with someone you want to get to know them and their style and what matters to them,” she said. “You do this naturally when you’re in an office and seeing someone every day. When you’re working remotely, you have to work a little harder at it, but it’s just as important.”

Remote Nation Profiled offers a glimpse into the lives and offices of real remote workers at the forefront of a changing work landscape.